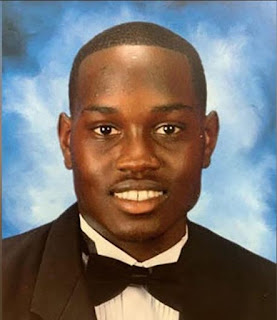 The shooting of Ahmaud Arbery and subsequent arrest of Gregory and Travis McMichael is a peculiar scenario and will no doubt be one of the most interesting trials of our lifetime. There are specific facts of the case that coincide and are discussed in Georgia statutes but it will ultimately rest in the jury’s eyes and how well the defense can defend the shooting. Withholding speculation, the facts of the case are mostly undisputed.

Ahmaud Arbery was seen on camera entering into a residence under construction in Brunswick, Georgia. Ahmaud Arbery entered the premises, but did not cause any damage to the property, nor did he remove any property from the premises. This is an important revelation in the case as Georgia statute is very clear on trespassing.

(b) A person commits the offense of criminal trespass when he or she knowingly and without authority:

Well, in Ahmaud Arbery’s case, we have no idea why he entered the premises. If he had been arrested or interacted with police officers at the scene instead of two men who were not identified as police, a proper interrogation and investigation would have taken place to determine why he entered the residence. Without any input from Arbery, the only thing people can do is speculate. Some will automatically feel that he entered for illicit purposes in a quest to vindicate the shooters, but the truth is that multiple people had entered the exact same premises as well and none of them were chased and fatally shot. People, including a couple and children, entered the house under construction on October 25, November 18, December 17, February 11 and February 23. This could give credence to the argument that the McMichael’s were right about a “string of burglaries” in the area prior to the shooting, but the only burglary in the area had been on January 1st and no houses were entered. A car outside of the residence of the McMichael’s was broken into and a 9mm handgun was stolen.

*Please do not leave weapons unsecured in your car!

An entire article can be written on the proper securing and storing of firearms in itself, but it is public opinion that leaving a handgun in a car overnight is not being a responsible gun-owner. Also, having lived in some rough parts of Phoenix, AZ, I can guarantee you that had they really lived in an area plagued by burglaries, they would not have left a handgun in a car and if they did and it had been used, the party responsible could possibly be charged with a crime themselves.

It’s estimated that “between 300,000 and 600,000 guns are stolen in the United States annually.” An argument can be made that some gun owners have to leave their weapon in their car when at work or at another business that does not permit entry with a weapon, but falls apart for the McMichaels as it was taken from their car outside their house.

(2) Enters upon the land or premises of another person or into any part of any vehicle, railroad car, aircraft, or watercraft of another person after receiving, prior to such entry, notice from the owner, rightful occupant, or, upon proper identification, an authorized representative of the owner or rightful occupant that such entry is forbidden; or

Ahmaud Arbery entered a residence that no person was currently inside of to tell him that he couldn’t enter. Also, he was not the only person to enter, as shown above. The owner has seemingly given multiple statements to New York Times and neglected to ever mention having put up a No Trespassing sign on the property. Instead he states that Arbery could have entered the home in order to drink water before continuing his jog.

“There is a water source at the dock behind the house as well as a source near the front of the structure,” Ms. Graddy (the owner’s lawyer) wrote. “Although these water sources do not appear within any of the cameras’ frames, the young man moves to and from their locations.” In one angle, from Dec. 17, the man “appears to wipe his mouth and/or neck,” the statement continued, and “what sounds like water can be heard. He walks out of the house, eases into a jog, and disappears from view.”

This is important as it shows another counter to people claiming that he was not out for a jog. Also, Arbery’s house is only two miles from the neighborhood that he was shot in. This is perfect distance for his jog defense to hold up. The only thing separating the two neighborhoods was a four-lane highway, which a lot of residents in the area claim separates a predominantly white neighborhood (where Arbery was shot) and a predominantly black neighborhood (where Arbery lived with his mother. Arbery was also known to keep in physical shape and would do pull-ups in his yard using a standing tree, as observed by his neighbors, meaning that it was regular for Arbery to keep up with exercise.

Because the owner was not on the property at the time, there was no warning from him to leave. The McMichaels can argue that they were an authorized representative of the owner, because the owner had asked George McMichael to inform him if he saw anyone on the premises. There is no evidence from either the homeowner (Mr. English) or his lawyer that he told the McMichaels to chase the suspect down and attempt a citizen’s arrest. Also, this subsection of the statute states that this idea of trespassing is only valid if someone gives a notice to the suspect to depart. The chance was never given, therefore Arbery was not trespassing under this statute.

There were no minors involved in this case so Arbery was not trespassing under this subsection.

(d) A person who commits the offense of criminal trespass shall be guilty of a misdemeanor.

This subsection is probably the most important of all and will be elaborated on after the next section. In short though, it is important and extremely relevant to this case that trespassing is considered a misdemeanor and not a felony, according to Georgia law.

Arbery did not deface any property, military or otherwise. An interesting part of this statute, however, is that it states that defacing confederate memorials is automatically a trespassing charge. A neighbor of the McMichaels, an African-American man who served in the Air Force for named Tony Shaw, stated that from his own backyard, he could see confederate flags being flown. He also states that, “They’re not used to seeing a lot of black faces around here.” This means that no matter how you personally feel about the confederate flag, it does seem to be celebrated in areas of racial divide. This doesn’t help the McMichaels and, depending on his jurors, might not seem favorable.

Now that we have dissected whether or not Arbery committed a crime in the first place, we can dive into the statue giving private citizens the means to make a lawful arrest:

It can be argued that the McMichaels had reasonable suspicion that Arbery was committing a crime, however, that crime, as combed through earlier in this article, was not a felony. This means that no matter what the McMichaels thought about Arbery and trespassing, it is not a felony. They had no claim to pursue him. This is just as absurd as someone chasing, with deadly weapons, a teenager smoking a cigarette or a citizen jaywalking.

It can also be argued that George McMichael (a former investigator for the district attorney) did not have any arresting authority at all. In 2006 he was stripped of his official arresting authority because he continuously skipped a use of force class. Whether or not this risk of force class would have helped McMichael make better decisions when confronting an unarmed jogger is irrelevant, but someone who deliberately had their authority taken away should be even less likely to attempt an arrest as someone who has not.

Ahmaud Arbery did not commit the offense of trespassing. Under Georgia Code, nothing that Arbery did that day even came close to justifying trespassing. If he had committed the offense of trespassing and it can be proven in court, it was a misdemeanor and not a felony. According to Georgia Code, a private citizen can not chase a fleeing suspect if the crime was a misdemeanor and not a felony. If the pursuit was unlawful, then pulling out a shotgun was absolutely unlawful. Someone cannot use the self defense claim if they were the aggressor, and the facts of the case prove that Arbery committed no crime and therefore, was not subject to a citizen’s arrest.