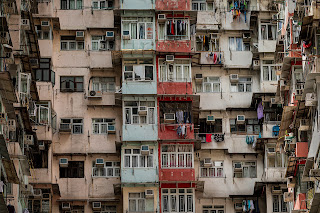 Social Disorganization Theory essentially means that the lower quality of living a community faces, there is a direct influence on the crime in said area. Of course, this is merely a small part of the theory, as there have been a multitude of studies on this subject and our understanding of our communities has progressed exponentially. Social Disorganization also extends to our familial environment and how we were raised. For some areas, the social disorganization of a neighborhood may shape their entire lives and determine whether they spend their lives behind bars or retiring on a front porch somewhere nice. Sometime social disorganization determines somebody’s entire life without them even realizing it. Police also contribute to the social disorganization of an area as well. No citizen should fear being murdered by the very people that swore to protect them, and they do in-fact, swear to it. When police execute someone in a community, they are destroying trust in the area. Criminals shouldn’t be allowed to roam free and do whatever they want, but it seems most cops are having a shoot first approach, especially in certain, disorganized communities like Vallejo, California.

People say that we are products of our environment, and it’s true. A man named Chris Wilson grew up in what his prison psychologist described as a “combat zone,” because of the number of firefights and gunfire that transpired daily and nightly in Mr. Wilson’s neighborhood growing up. Combat is a harsh term, only to be used in the most stressful of circumstances, and Mr. Wilson’s childhood was unfortunately best summarized by that soulless, malignant word. In an article by CNN Money regarding the challenges in his community that he overcame to be the incredible businessman he is today, they state that, “He was just a teen when he witnessed his mother being raped and beaten by a police officer she was dating. Then, at 16, he was kidnapped at gunpoint. After he was freed, he recalls his mother and family laughing at him for being kidnapped, especially because he had been carrying a gun.” This would be traumatic for any person, let alone a juvenile. Then, after being kidnapped at gunpoint and somehow safely returning to his family, the kid is met with his family putting him at the brunt of a joke. “"There was no compassion," said Wilson, who credits therapy with helping him become who he is today. "That moment made me colder. It put me in a dark state." He vowed to never let it happen again -- which ultimately led to his crime and prison sentence.”

Chris Wilson hails from Washington D.C., where he first started carrying a gun at the age of fourteen years old and ended up using it at seventeen. He eventually was given a life sentence for first-degree murder. It was here in prison that he decided to change his life, and now owns multiple successful businesses, but what made him deviant in the first place?

Social Disorganization, at its core, means that people are the products of their environment. After a few generations of this, the environment starts becoming a product of them. The environment can start to take on the portrayal of the community afflicted and crime rates may climb astronomically compared to other areas. In a study conducted by The University of Sao Paulo Medical School in Brazil and The Department of Sociology from Utrecht University in the Netherlands, researchers “…identified four distinct trajectory groups among 157 large US cities and found that social disadvantage and social disorganization are associated with a higher homicide trajectory group.” The study mainly conducted research at the city levels, and while conducting their research found that “When…mechanisms of social control are weakened, residents in disadvantaged neighborhoods must rely on illegal and violent forms of conflict resolution, which would explain to some extent the unequal growth of crime and violence.” This is the same thing we find in certain U.S. cities and neighborhoods with higher than average crime rates. Poor familial structure, corrupt police forces, and high rates of at-risk youth can all be found in Socially Disorganized locales. Once the pattern has started, it is extremely hard for the community to band together and start the process of repair.

Vallejo, California is a very diverse suburb, with a crime rating of “F” by the AreaVibes website, which goes to state that “When it comes to violent crimes, Vallejo, CA shows a crime rate that is 91% higher than the California average. The crime rate is also 124% higher than the national average. When it comes to property crimes, Vallejo, CA is shown to be 51% higher than the California average and 59% higher than the national average.” This means that there is a very high crime rate and a very high chance of being a victim of a crime. One in twenty-two to be concise. Does this give someone the excuse to carry an illegal weapon though? Of course, if the weapon was legal. Not much would be argued about the validity of its possession by the owner and would have most likely became the focal point for the prosecutor’s case against the officer’s involved in the shooting, if charges were brought in the aftermath. The fact that the weapon was stolen out of Oregon, and had an extended magazine seated in the magazine well, is most likely the only basis for the cops getting away from this scot-free. So, what led Willie Bo to this final moment in his life, where he has a stolen weapon in his lap and surrounded by police?

Social Disorganization can come from a multitude of factors. Incomplete familial structure and delinquent peers can lead to the demise of a juvenile’s morals just as quickly as growing up surrounded by vagrancy can. All of this, paired with officers who are in higher crime rates than other areas, may be readier to end a life than other officers. The Vallejo Police Department has an abysmal record when it comes to preserving life in their community. In an article from the website KQED, Vallejo Police Officers shot and killed six people in the year 2012 alone. The article goes on to state that “Those half-dozen deadly incidents, occurring in one year in a city of fewer than 120,000 people, gave Vallejo a rate of fatal police-involved shootings dozens of times greater than the national average. The killings have prompted a stream of civil rights and wrongful death lawsuits against the city and its police department.” What can be interpreted from this information is that there is something seriously wrong with the way that these officers are conducting their daily business. Just one deadly shooting is one too many. When an officer kills a person, he is directly hurting someone in the community he was sworn to protect. Criminals exist, and should be treated as such, and sometimes deadly force is unavoidable, but why does this community have such a staggering amount of violence on both sides of the law? In the book Police Use of Excessive Force in Disorganized Neighborhoods: A Social Disorganization Perspective, Zachary Hayes states that “Increased crime rates might not be the only negative consequence of disorganization, though. In the same way the social disorganization signals to criminals that they will be able to get away with criminal activities (because residents lack the social ties and/or collective efficacy to stop them), it may also signal to police officers that they will be able to get away with the use of excessive force.” This means that police in these neighborhoods may be more likely to kill a civilian than police in organized neighborhoods. This is most likely the reason for Vallejo Police Department’s repertoire for misconduct.

Shaw and McKay believed that, “…in its purest formulation, social disorganization refers to the inability of local communities to realize the common values of their residents or solve commonly experienced problems.” This means that simple problems that arise, a socially disorganized community may fall apart under the pressure, while an organized community may band together to achieve a common goal. Chris Wilson experienced a socially disorganized community and it re-shaped his entire life. The Vallejo Police Department add to their own communities’ social disorganization every time they execute a civilian. These things are not new problems, but they do seem to be on the rise and modern criminologists need to work hand-in-hand with police departments to find a common ground. No one should be shot and killed by the very agency that prides itself on protection of a community. Police should be approachable, not a scare factor in any neighborhood.