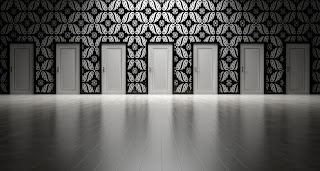 One of the most prevalent is routine activities theory, and there is ample scientific research to give credence. There is more to crime than simply the profile of the offender. Lawrence Cohen and Marcus Felson, the criminologists behind this theory, published a journal detailing the specific ways in which crimes take place through “routine activities.” For a crime to transpire, three elements need to be in place: an available target, a motivated offender, and the absence of a guardian to stop said crime. This means that as long as the reward is worth the risk the offender is taking, and the victim is not sufficiently protected from the crime being committed, the crime will take place. But how does an offender become motivated in the first place?


Offenders can be motivated by almost anything that will cause them either personal gain or personal satisfaction. If the offender seeks to rob someone to gain wealth, then seeing an expensive watch on the target’s wrist may be motivation enough. They can also be motivated by hate for a race, or group, as well as sexual gratification or wanting to have power over someone else.


In a study conducted by the Bureau of Justice Statistics that compiled data for hate crimes that transpired between 2004 and 2015, the most common bias for hate crimes was race at 48%. If they see the victim as someone that they do not see as equal, albeit race, gender, sexual orientation, or any other factors that can constitute a hate crime, they may be inclined to attack the person. Hate crimes have actually risen by 17% from 2017 to 2018; which is the highest rise since the aftermath of the destruction of the twin towers on September 11th, 2001. This shows that offenders are gaining motivation from something happening in our society that is causing them to lash out in violence against their targets.


Offenders can also be motivated through the thought of sexual desires being satiated as well. One out every six women has been a victim of an attempted rape or a completed rape and every ninety-two seconds another person in America is sexually assaulted. This means that in the time it took to get from the cover-page to here, approximately two more offenders found available targets and weighed the risk versus the reward in their head and ultimately decided to commit an act of utter depravity and evil. Men can also fall into the “available target” for sexual assault but only at about 10% the rate that females do. I discuss this a lot with my significant other, and about how different it is living as a man compared to having to always be on guard from potential offenders. We almost live completely different lives when in public (not while out together, though) as where she has to avoid certain alleys or ward off potentially aggressive suitors, and I almost don’t have to worry at all. It’s shocking to a male when he realizes all of the things they don’t have to be on guard against.


Besides a motivated offender and a suitable target, the final element needed for a crime to occur, according to Cohen and Felson, is the absence of a guardian. This means that when the offender attempts to move on the suitable target, regardless of the crime being attempted, an intervention by someone or something is needed. If an offender is walking down an alley and sees a young, seemingly defenseless victim walking toward him, he may look around to ensure that nobody is there that could interject. Most offenders want crimes to go as smoothly as possible, so if there’s someone there that would put a wrench in the gears, even someone who wouldn’t be able to overpower the offender in a physical altercation, the offender is less likely to commit the crime.


There are a multitude of significant inventions, policies, and social change that have led to a more properly prepared targets, and better, more-capable guardians. With the advent of banks, people no longer had to keep their savings in their home and thus, their home became less of a target than when people kept their savings somewhere hidden in their homestead. This is extremely important as it would be unimaginable to come home or wake up to your entire life savings burglarized from your home. E-money, such as debit and credit cards, money orders have also been detrimental to crime as well. The author of the book, Cashless Money, David Gorman, states that ““In fact, certain crimes would be eliminated altogether. Violent crimes; such as, bank and ATM robberies, store holdups, armed robberies, employee cash theft, armor car heists, kidnap for ransom, armed muggings and purse snatchings would be significantly reduced, if not entirely eliminated because there will be no physical paper cash to steal.”


Debit and credit cards allow the individual to access their money even when it is inside of a bank, thus removing the burden of carrying cash in your wallet or purse. If someone were to try and rob me while I’m out and about, they wouldn’t get anything but a piece of plastic that I can immediately call and deactivate as soon as the altercation is ended. There are few exceptions, however, like when you have to pull out large sums of cash from an ATM to pay the rent or another expensive purchase. During these times I ensure to always keep the cash hidden and outside of my wallet. This is a trick I learned when travelling to Mexico frequently as a teenager. If a cop pulls you over, it was common for them to ask for money to “go away.” If you give them five dollars and he see another forty dollars in your wallet, they will take the whole amount, thus the need to hide the rest in a sock or bra.


Money orders have commonly been a way to send money between parties without having to mail it, which is very risky, and to pay large bills without using cash. My landlord accepts money orders only and carrying $1,400 in money orders is a lot safer than in cash. Money orders come with receipts and if you pre-fill them, cannot be used for any other reason. This means that if someone steals it from you, they can’t use it at all.


E-money can also help with crimes outside of robbery as well. According to a report written by the Oakdale Police Department, because the money is traceable, where-as cash is a lot harder to trace, financial crimes such as smuggling, and tax evasion would also “cease to exist.” With everything having a back-log, it’s very easy to see just how someone is spending their money and very hard for someone to hide it, especially if their bank account records are subpoenaed in court.


This is also important in the cyber sector as well. As a Fraud Analyst for Bank of America, I knew that having an entire transaction report for each client helped significantly in looking for fraud on their cards. The problem with e-money, however, is that without it, cyber-fraud wouldn’t exist. So even though this has helped tremendously with robberies and burglaries, it is creating more crime in the cyber world. The enormous difference between the two centers on the fact that one is violent and happening towards you in real-time and the ladder is done from thousands of miles away and non-violent. We have ways to fight back against cybercrime, and there’s no denying that replacing violent crime with remote crime is in the best interest of the members in a society.


The rise of police departments throughout the 1800’s has also significantly contributed to the role of having a capable guardian in routine activities theory. Whether on active patrol, or just the thought of a police officer possibly being right around the corner is detrimental to the plans of the motivated offender. One such way of policing that could disrupt offenders would be hot spots policing, which relies on technological data to locate certain areas, called hot spots, where police would patrol more frequently. According to a meta-analysis taken from the National Institute of Justice, hot spots policing saw a marginal decrease in crime when combined with problem-oriented policing. When hot spots policing was combined with traditional policing approaches, it was only about half as effective as problem-oriented policing. This is only a slight suggestion that hot spots policing works overall, but it does give credence to Cohen and Felson’s theory of routine activities.


What happens when the motivated offender can’t rationally think about the consequences of his actions before attempting to carry out the crime against the suitable target? The adolescent brain is basically a caterpillar inside of the cocoon. Right now it kind of resembles mush but at around twenty-five, give or take a few years depending on the individual, it will emerge as a beautiful butterfly, completely capable of rational decisions. While the adolescent brain is in this “mush” state, however, it is raging with hormones in an attempt to finish constructing the cerebellum and the cortex.


In a journal written by Dr. Linda Chamberlain, “A mature prefrontal cortex is necessary for good judgment, controlling impulses, solving problems, setting goals, organizing and planning, and other skills that are essential to adults.” This means that without the fully developed cortex, adolescents cannot judge situations as well as a fully-grown adult can. This may make the adolescent think that they have a suitable target and no capable guardians around or not rationalize the crime in their head correctly. They may believe they can get away with something or they may be acting on impulse alone. Teenagers are especially dangerous during this timeframe, and it’s important to understand their state of mind and how it relates to them committing crime.


On another note, the teenage brain may also make them make decisions that could end up in their victimization. Because of the lack of rational response in the teenage brain, they may be more likely to make the wrong decisions when in an area or situation where a crime is able to occur. Crime is never the victim’s fault, period. It doesn’t matter what the victim is wearing, the expensive items they’re flashing, or even what neighborhoods they walk through; the victim is not to blame for the evil intentions of others. However, there are certain things I rationalize in my head before doing. Mentioned above was not carrying large sums of cash on my person. I also ensure not to aggress on strangers over a simple altercation. These are things that the adolescent brain could potentially struggle with deciding.


The empirical data shows that routine activities theory is very sound. The studies for all three of the elements prove them to be a vey valid way to look at crime as a whole. The motivated offender, the suitable target, and the lack of a capable guardian all lay out the foundations for how a crime transpires. Using studies and prevention techniques against these three individual pillars of routine activities is a perfect way to fight crime on all fronts and at every stage of the crime. If we can more easily prevent crime, the entire system will prove to flow more fluidly.